Georgia law defines simple assault as when someone either attempts to violently injure another person or commits an act that gives someone a reasonable fear of sustaining a violent injury. If you are currently facing assault charges in Georgia, our Cobb County assault lawyer is here to defend you. Contact the Miller Law Practice, LLC today to learn more about the consequences of assault charges in Georgia and how our firm can help you fight them.

Do I Need a Cobb County Assault Lawyer?

If you’ve been charged with assault, you have a lot at stake, which is why you cannot proceed without the assistance of a competent Georgia criminal defense attorney. Our firm has handled countless assault cases over the years, and we are ready to work on yours as well.

Aggravated assault is defined as assault either with a deadly weapon, assault with the intent to murder/rape/rob another person, assault with any object that is likely to result in/does result in strangulation, or assault against someone with a firearm from inside of a motor vehicle without legal justification. If you are charged with aggravated assault, you will most likely face a felony charge that entails anywhere between 1-20 years in prison, as well as a potential $2,000 fine. That being said, if you receive an aggravated assault charge while additional aggravating factors are present, such as by committing an act of aggravated assault against a public safety officer, you will face even harsher penalties, which is why you cannot afford to proceed without the assistance of an experienced Cobb County assault lawyer.

Fortunately, there are various potential defenses against assault charges, though the strategy our firm pursues will largely depend on the circumstances of your case. That being said, some of the most common defenses against assault charges include proving that you were acting in self defense, lack of intent, that you were defending others, and more.

If you’ve been charged with assault, our firm is here to fight for your right to a productive, jail-free life. Contact the Miller Law Practice, LLC today to schedule your initial consultation with our Cobb County criminal defense attorney. 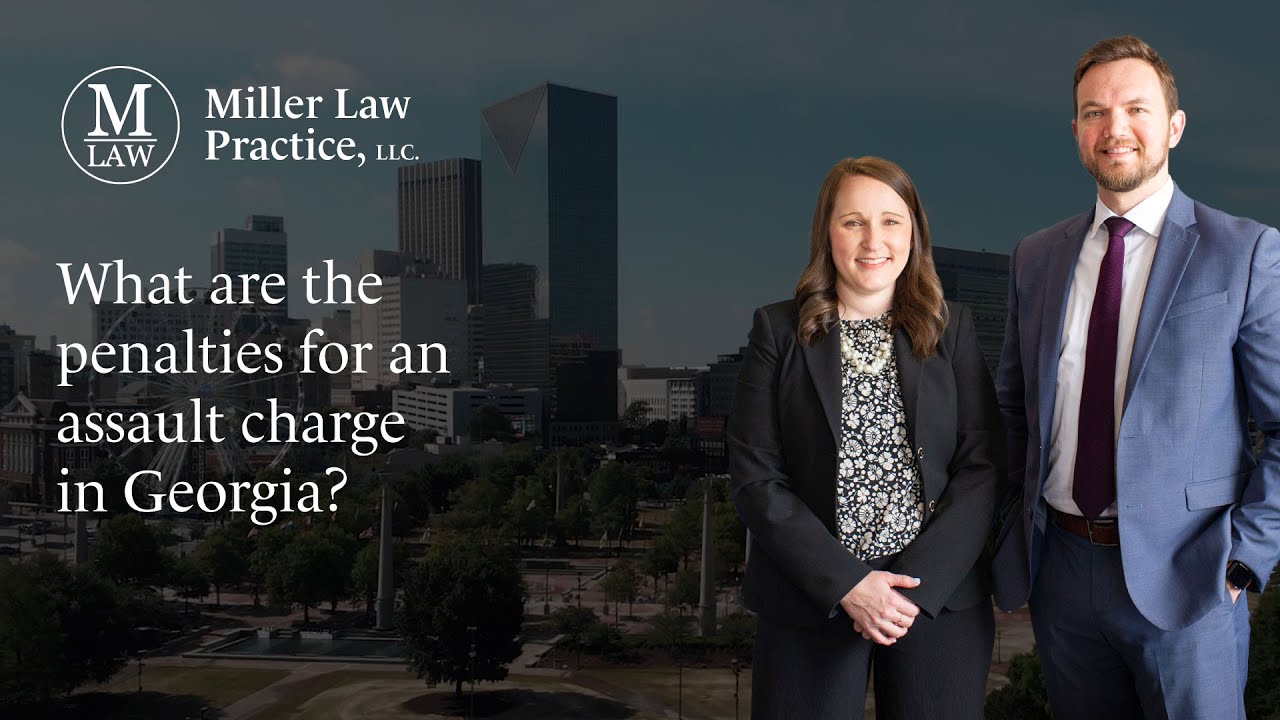