Statistically speaking, most people throughout the United States receive at least one speeding ticket in their lifetime, which is why in many cases, we do not think that we need an attorney to represent us after pleading not guilty. However, this notion is untrue, as most traffic violations in Georgia will warrant points on your license, and if you accrue more than 15 points in a 24-month period, you will most likely have your license suspended. If you are currently facing a traffic violation here in Georgia, our Cobb County traffic violation lawyer is here to help. Contact the Miller Law Practice, LLC to schedule your initial consultation today.

Do I Need to Hire a Cobb County Traffic Violation Lawyer?

Traffic violations can carry very serious penalties, and if your license is suspended as a result of a traffic violation, it can affect various facets of your life, including your ability to commute to and from work, visit friends and family, and more. Our Cobb County traffic violation lawyer will work to prevent that from happening.

Penalties for a Speeding Ticket in Georgia

You should also note that if you are caught driving any more than 15 mph over the speed limit, you will receive anywhere between two and six points on your license, depending on how fast you were traveling at the time you were issued your ticket.

Penalties for Reckless Driving in Georgia

If you are charged with reckless driving in Georgia, you will face a misdemeanor penalty that may entail a potential $1,000 fine and up to one year in jail. You may also receive points on your license and a license suspension. Our Cobb County traffic violation lawyer can fight these charges in an effort to minimize the impact they will have on your driving privileges and your future.

Penalties for Driving Without a License in Georgia

When someone is caught driving without a license in their possession, though they do have a valid Georgia driver’s license and can show it in court, they will only have to pay a $10 fine. That being said, if you are caught driving while your license is suspended or revoked, you will most likely face far harsher penalties. The penalties for driving with a suspended/revoked license in Georgia are as follows:

Penalties for a Cell Phone Violation in Georgia

That being said, if you can prove that you were using your cell phone to report an emergency, such as a traffic accident or a fire at the time that you were issued your ticket, your charges should be dropped.

Whether you’ve been charged with speeding, reckless driving, distracted driving, or otherwise, you can depend on the Cobb County traffic lawyer here at the Miller Law Practice, LLC to come to your defense. Contact our firm today so we can get started. 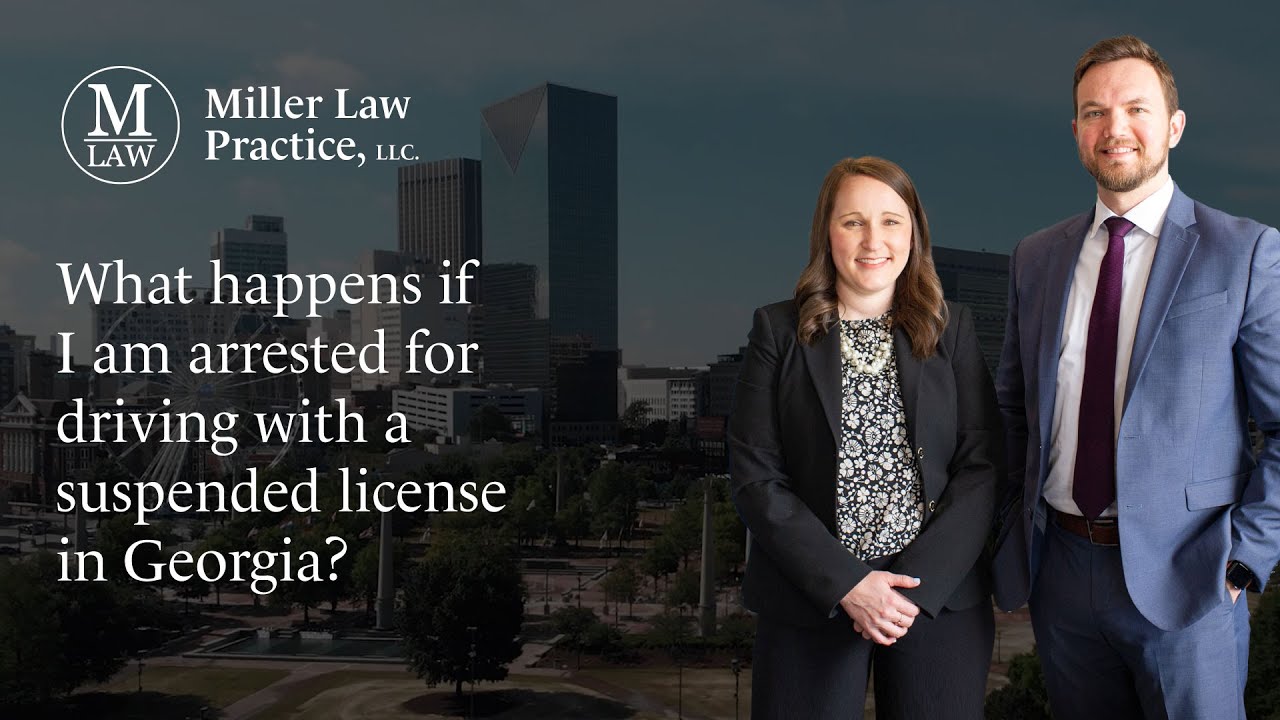